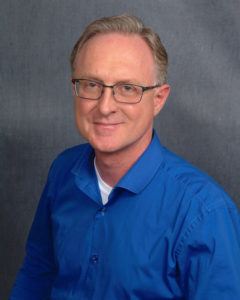 My #1 passion is assisting others in empowering themselves and I appreciate you giving me the opportunity to explore this with you.

As an intuitive coach, I work most often with the “intuitive” community, that is, those having intuitive or psychic gifts who use them either as a profession or simply in daily life.

As a workshop leader and public speaker, I teach spiritual self-empowerment concepts, such as Law of Attraction, emotional guidance, and intuitive channeling. I use clear and simple analogies so that anyone can improve their connection to higher consciousness and create the lives they want and deserve.

I also really enjoy creating a safe space for clients to be able to relax and trust themselves. This helps them to more easily work through their challenges, explore their strengths, and step into their purpose and passion.

I discovered later in life that I also have these same intuitive gifts which I use in my intuitive coaching process, during group facilitation, or when designing programs for my clients.

In fact, it seems as though everyone has this powerful guidance within but most are still unaware of it. My greatest joy comes when someone discovers this amazing power within themselves and then begins creating the life of their dreams!

It just doesn’t get better than that.

My early interest was tech and I received a degree in computer and electronic technology in 1980. I initially developed software for the automotive industry, including microcontrollers that went into cars and trucks. In 1990, I started my first software consulting business because I knew I had to work for myself. Then, in 2002, I went into IT and started an IT company, servicing the small business and entrepreneurial sectors.

In 2004, I met my wife, Suzanne, in a meditation class although we were both going through personal challenges at the time so didn’t become serious until 2006. In 2007, we decided to get married and also start our personal development company, Personal Success Programs, to teach the spiritual concepts of The Law of Attraction using emotional guidance.

Then, the big moment came in 2008… I was driving home from a client and the right side of my face went numb. It was a weird sensation that eventually went away but when it returned, I decided to see my holistic doctor. He immediately referred me to a neurologist who insisted I get an MRI. What they found was a 2 cm brain tumor growing on the balance nerve behind my right ear which has been putting pressure on my facial nerve.

Fortunately, the tumor was non-cancerous and slow-growing so they said I had time to see if it would go down on its own. I decided to take time to explore hypnotherapy and other holistic healing practices. They helped a bit but eventually, I started getting headaches and the hearing on my right sided began to be affected as well. Plus, the latest MRI showed the tumor was growing again. Not good news!

In fall of 2009, I then decided to have surgery to remove the tumor. The surgery was successful but they could only remove 85% of the tumor because of its proximity to the facial nerve. So for the time, at least I found relief from the pain and facial discomfort.

As the tumor continued its slow-moving assault on my brain, however, the doctor wanted to try a new technology called Stereotactic Radiation which focused 100, low-intensity gamma rays directly on the tumor to remove the remaining 15% left behind from the surgery. The technique involved attaching a “halo” to my head and then putting me into a large machine, similar to an MRI machine. With a few short blasts of gamma rays, which I didn’t even feel, the tumor was destroyed and I was finally free from this manifestation!

What did I learn from this experience?

I could write a book on all the wonderful things that this one experience taught me but here are just a few:

1. I had (unintentionally) created this tumor as a reflection of the anger and resentment I had been carrying most of my life. The book, You Can Heal Your Life, by Louise Hay, was remarkably effective in helping me to understand this. It also helped me start my journey of emotional healing which has not only freed me from many traumas from the past but also improved my health dramatically as a result.

2. The tech business that I had been in all my life was no longer fulfilling me but I had been pushing myself to stay with it because it generated a decent income for our family. The more I pushed to stay in such a left-brained industry, the more resentment had built up subconsciously as a result, eventually becoming the tumor.

3. It was my first true experience observing the universal, Law of Attraction, in action. Looking back, there were many, many synchronicities during and after the surgery that led to the perfect unfolding with the best doctors at the best facility and, only 10 minutes from our house! I can now correlate every synchronicity with something I shifted or release in my “vibration” that caused these things to occur.

4. It gave me permission to explore other careers, such as professional coaching, teaching, public speaking, and leading workshops, all of which have proved to be much more satisfying and fulfilling than the tech industry.

5. It gave me permission to explore spirituality and my own, personal connection to my higher self, something I hadn’t even known existed before 2006. The teachings of Abraham-Hicks have been instrumental in this and it’s now at the center of everything I do.

6. If we just take time for ourselves every day to relax, become present, and connect in with our own, internal guidance, we truly can create any experience that we want in life!

In 2017, I reached the Professional Certified Coach (PCC) level.

In 2021, I decided not to renew my PCC credential as I wanted to expand my offerings into intuitive development, such as channeling, mediumship, energy healing, etc. I’ve found a strong calling and effectiveness with clients by exploring their emotional guidance, something that isn’t supported by the ICF code of ethics. Sometimes, you have to let go of something in order to remain in integrity which then allows something better to appear!

Everything I do with clients is intended to be forward-focused, supportive and strictly confidential so you can feel safe in opening up when exploring your challenges together.

My job is to help you help yourself grow and then help you create your own systems of accountability so you can maintain your new direction after we’re done working together.

I’m also an experienced trainer in spiritual self-empowerment concepts such as the Law of Attraction (Abraham-Hicks), emotional guidance, intuition and related “inner connection” concepts which we can bring into the sessions.

Assisting you in reconnecting with your innate, Inner Guidance, is always my focus.  When that occurs, you can experience rapid growth, clarity, confidence and begin attracting remarkable experiences and opportunities!

Whom I work with as a coach

I work primarily with intuitives, empaths, and highly sensitive individuals (ie, those exploring their spiritual / intuitive connections). Everyone has this internal guidance although many of us have stuffed it down, preferring instead to work from our heads which greatly limits our possibilities.

By learning to open up this natural “flow” state to our higher selves, anything becomes possible. I specialize in helping those who want to open up to this guiding stream of consciousness, either to enhance their personal lives or to go into business, offering it for others. This can include channeling, mediumship, or other energy-based businesses.

You can read what my clients have to say about me below.

I can also provide practical business tools for those wanting to either get started or take their businesses to the next level, whatever that is for them. The most successful business people I know have figured out how to trust their “gut”, what we call, their Inner Guidance.

With the right support system, anyone can step into being the confident, successful entrepreneur they are. Having owned or partnered in several businesses myself since 1990, I’ve had many experiences that my clients can tap into in order to move through their own challenges.

Business growth almost always requires personal growth which, although necessary, isn’t always comfortable.  I’m particularly sensitive and supportive in this area and have assisted clients to successfully navigate through associated relationship changes/losses, standing up for themselves and even health challenges.

If you’d like to work with me as your personal, intuitive coach, please head on over to my Intuitive Coaching page to learn more about what I offer and how I might be able to help you on your journey. You’ll need to book a discovery session first so we can learn about each other which can be done at the bottom of that page. I do occasionally offer group coaching programs as well so please ask if this sounds interesting!

If you have an enlightened organization, group, or team and would like me to put together a custom, interactive workshop for them (either Zoom or in-person), please fill out our contact form and then we can have a personal chat to explore the details.

Still more about me

Together with my wonderful and supportive wife, Suzanne Young, we run our coaching and training company, Personal Success Programs.  We often hold workshops together, do speaking engagements, and host a global community of intuitives and energy workers called, LightworkerXchange.

I’ve been published in choice, the magazine for professional coaches a number of times.  You can read the articles below.

I’ve been a member of the local ICF Michigan chapter and have taught online continuing education sessions for them.

In 2018, Suzanne and I hosted an internet radio program on the W4Divas.com network called, Trusting Your Inner Guidance, where we discussed various, spiritually-based self-empowerment topics, such as the Law of Attraction.

If you’d like to listen in on some of the interviews we’ve done over the years, head on over to our Interviews page.

Benefits that clients have reported after having worked with me

What clients have said about working with me

A few articles where I’ve published

NOTE: These articles are published in, and reproduced with permission from, choice, the magazine of professional coaching:

The Power of Law of Attraction in Coaching

Other ways to connect with me